Happy 2020! We have updated our Terms of Services on Cashback Credits. Read More

Everyone knows that press release distribution is the best alternative used for off-page SEO backlinking purposes. Many Internet marketers thus take advantage of this and use a variety of press release distribution services to maximize their SEO efforts and obtain the desired benefits of increased traffic, online and offline visibility, and an overall increase in brand awareness using a low-cost method.

But how do we know how good our results really? How does one quantitatively measure the effects or dollar value of a single press release distribution?

That’s what you’re here for, and that’s what this case study will discuss.

MarketersMedia is a press release distribution service that has helped this particular press release article gain the media attention it deserves.

All statistical and qualitative data were collected, recorded and analyzed for over a period of 1 week. The results are as follows:

In 1 week, the press release had been seen nearly a thousand times with an average on-page time of more than 2 minutes. For just an article, it has generated a decent amount of traffic over a week, averaging to more than a 100 page visits per day.

Its total impressions are far more impressive, showing off the true potential of press release distribution whereby you can reach such a huge audience within such a limited amount of time.

The click-through-rate could definitely be better with the usage of a catchier headline, but when it comes to using press release distribution for off-page SEO backlinking, it is also important to consider what kind of content is being syndicated out, and whether it’s popular or well-received by everyone. 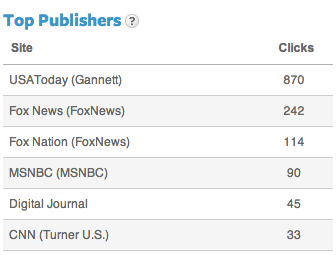 The media outlets above are the top contributors to the traffic of MarketersMedias’ press releases, including the primary press release observed in this case study.

As it can be inferred, this particular press release has received a good proportion of clicks out of the total number of clicks from these top publishers, making it one of MarketersMedia’s highest traffic-generating press release.

As mentioned earlier, besides the perks of getting better traffic and online/offline visibility to boost brand awareness, it is also a cheaper form of advertising.

For this press release we have analyzed: 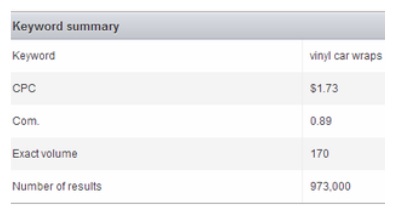 MarketersMedia has been established as the valued press release distribution service that provides the same premium distribution but at a much lower cost due to its infancy into the industry.

For only $89, this press release has generated advertising worth that is 18 times its value. It’s no wonder people say that Internet Marketing paves the way to the future of businesses.

*Liked this case study? Download the report in pdf here!